\
About a week ago, I interview my former Staff member David about his experience with the group, recent drama within the group in the last 9 months, so here is what Dave had to say since he has left the group since 7 years ago:

1) Why did join The Video Projects Team/The Entertainment Man Talk Show as a Camera Man?

Dave: Because I wanted to get experience with the camera and never used a DV Camcorder before.

2) Most Favorite Moment on Set?

5) Do you think the 50th Episode was really under pressure or just a communication breakdown or both?

6) Do you think things went down hill after the two year hiatus with me attending College?

Dave: Yes, somewhat, it sort of had to do with that, because a break = no new episodes and it means rebuilding when returning to it.

7) What do you think was the entire downfall of the series being cancelled? Staff quitting out of nowhere specifically Eric and Larry being two of those individuals?

8) Do you regret letting your ex making the decision for you to quit the team?

9) What do you think I could of done better that could of saved the series?

10) Any regrets after you left the series?

Thank you for the interview Dave. 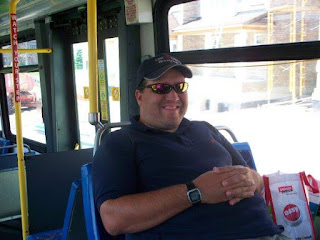