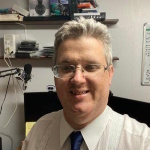 
Chris created ChrisBOnTheWeb more for himself, as a solo project with some help. Larry and Justin jumped on over with him along with The Entertainment Man Talk Show which only lasted only almost 7 months when it went on Hiatus as of after filming the Season 6 Finale. While the hiatus happened, Chris created Everything About Reality TV Podcast which had Hells Kitchen, Survivor, Amazing Race and Big Brother Canada which went to the Audio ONLY side of things later on. Also Chris did vlog style kind of videos for just over 700 consecutive days or tries to. He also had a ChrisBOnTheWeb Behind The Camera like he did on the previous team. End of June 2016, ChrisBOnTheWeb (Chris) decided to part ways from YouTube for the first time.


He took the summer off and returned to Everything About Reality TV to Audio ONLY and ran all the way to end of June 2020 as he announced he was finished with Reality TV Podcasts all together in general. He covered shows like Survivor, Amazing Race, Amazing Race Canada, Big Brother, Big Brother Canada and Music City between it's run. June 2018 Chris & Larry made the announcement that they were doing a Collaboration Podcast called Power Rangers Collaboration Podcast which is still in the active projects list since June 2018. The collab was under the name The CBOTW Show from 2018 - 2019 then on it's own like it is to this day. March 8th, 2020, he started up Entertainment Man Podcast which is currently still in it's run. in 2022 he also added Entertainment Man to YouTube and he became active on YouTube once again after 6 year absence or retirement from the platform. Everything About Reality TV ended it's run at the end of June 2020. The CBOTW Show tried to return in 2021 & 2022 but because of some things that went on behind the scenes, the podcast went on hiatus up to the announcement of it's returning in 2023 on AUDIO Only.