Wow what a great day to celebrate Canada Day and this nation's 150th birthday! This will be a day I will remember the rest of my life. First spending time with my niece and nephew even though I didn't go down to the lake did spend time with my niece and nephew and the family that came over and it was fun, I was suppose to cook but my brother and father took over like I figured out so that had a bit of family drama that has gone on. The dinner however was great, tons of food and a great conversation went on. Spent tons of time with my niece and nephew, we played The Binding of Isaac and they got to witness another achievement reached which I am now almost at 50% to being at the full 100% Platinum God which means I will be ready to go to The Binding of Isaac Rebirth which if you ask me I am very very excited and I am sure my niece and nephew are excited to see the next installment and they know a mass majority of the items on the game as I have gone through each challenge or character on the game whether it is Isaac, Samson, Judas, Eve or Maggy, they know almost every item that I have gotten and the new items and we have even looked it up on Canada Day what that specific item does within the game and we, I also mean myself love the lucky toe item.

The final part of the day would be the spectacular fireworks display that I saw and it wasn't by the lake it was out in Bowmanville which is one town East of me so wasn't far from home so it would do. The downfall of going down to Lakeview is you have to take a city bus shuttle down as you are not allowed to park down there during the Canada Day events so after the fireworks of course it would be quite the crowd and a wait to get onto the bus and go back to the main terminal which I believe was the Oshawa Center if I am correct for this year. But anyways the fireworks so really awesome, it was a very entertaining fireworks and lasted a little over 30 minutes which is amazing, what a great way to celebrate Canada's 150th birthday. I thought it was going to stop after 20 minutes as it looked like it was ending but it didn't another fireworks and more which made the fireworks display. It was an amazing fireworks and would go back to the Garnet B Rickard Arena.

P.S. here are a few pics from the other night. 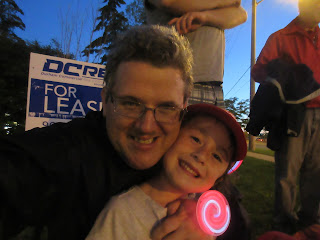 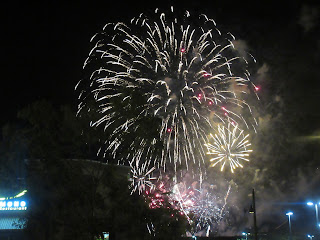 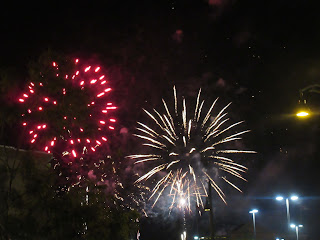